The Hairston Ruins in Virginia

Whenever I am driving back roads I am always on the look out for trees that look different than the others around it. Usually a sign of an old homesite. Or you can look for daffodils, or tulips. One weekend we were at my mom’s farm in Virginia.  The kids and I decided to drive some back roads and to look for “gravity hill”. Apparently people say if you put your car in neutral you start moving forward, uphill. We did find it and tried it. I have a video of that trial of ours and will try to find it later and post on Facebook. Pretty funny, actually.

As we left “gravity hill” I said to my daughters, “Look at those big old trees over there!”

We drove past that area in the woods and my daughter said, “Oh my gosh!! Go back!!”

We turned around and saw the most massive looking ruins. We were all in awe from the car. We went and had lunch and while eating, we were all on our phones researching. My kids love a good mystery and doing research! We finally discovered what it was and went back. It was Oak Hill Plantation. One of about 50 or so plantations owned by the Hairston family. Quite a prominent family back in the day and some of their plantations are still owned by the Hairston descendants. What made Oak Hill so unique is that they had their own train stop out behind their property. Guests would be dropped off for parties and visits. Hard to wrap my mind around that! 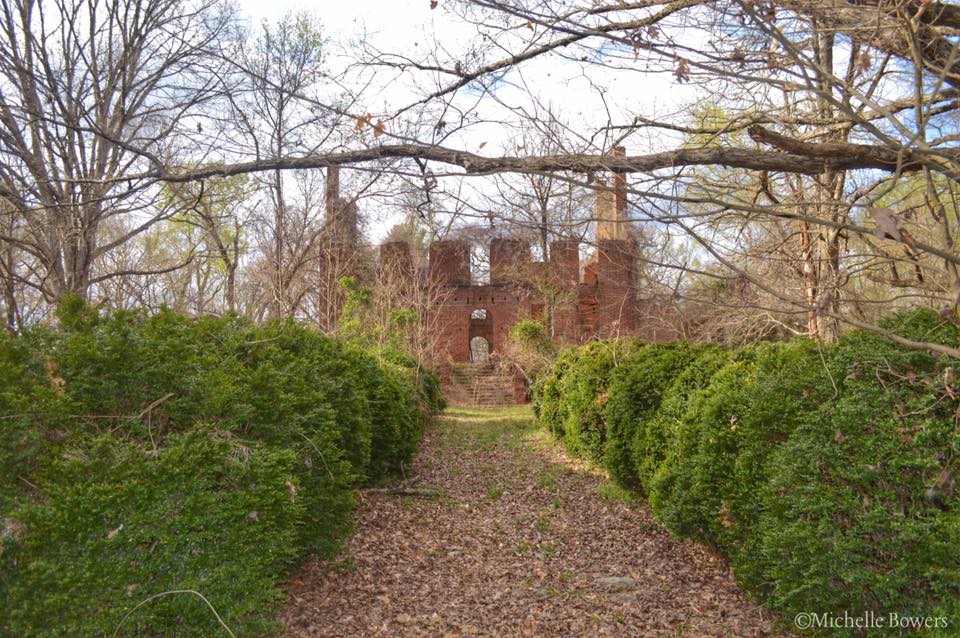 From an article about Oak Hill:

Such a residence, then, is this Oak Hill, built in 1825 by Mr. Samuel Hairston, and now owned by a descendant of the same name of the third generation. Situated right on the crest of a high hill, around which the Danville and Western Railroad makes a graceful curve, and has its trains to stop conveniently for the back-door entrance; with a wide extent of level land at the foot of the hill to relieve or bring out the boldness of its situation, there is for Oak Hill a landscape setting rarely seen. The magnificent oaks that measure birthdays by centuries are no minor ornaments from nature’s hand, for they flourish on all sides of the house and furnish a dense grove. The work that nature has done for Oak Hill is not all, for architectural beauty is brought out in simplicity in the construction of the house. It is a brick structure of straight lines and plain proportions, with colonial windows and porches with a rock-laid walk from the front gate to the porch, with its accompanying boxwood borders. Inside the colonial appearance is carried out in the high wainscotings, heavy doors, wide halls, winding stairways and spacious rooms. Antique furnishings and oil paintings of one Hairston generation after another further impress the idea of the length of days that is a heritage of this mansion. When we walked the grounds we were amazed at the size of the ancient boxwoods and the elaborate gardens! The beautiful rat snake clearly liked his home and wasn’t used to having guests. He was a few inches from my arm checking me out. I love rat snakes so he was okay in his home with me around. 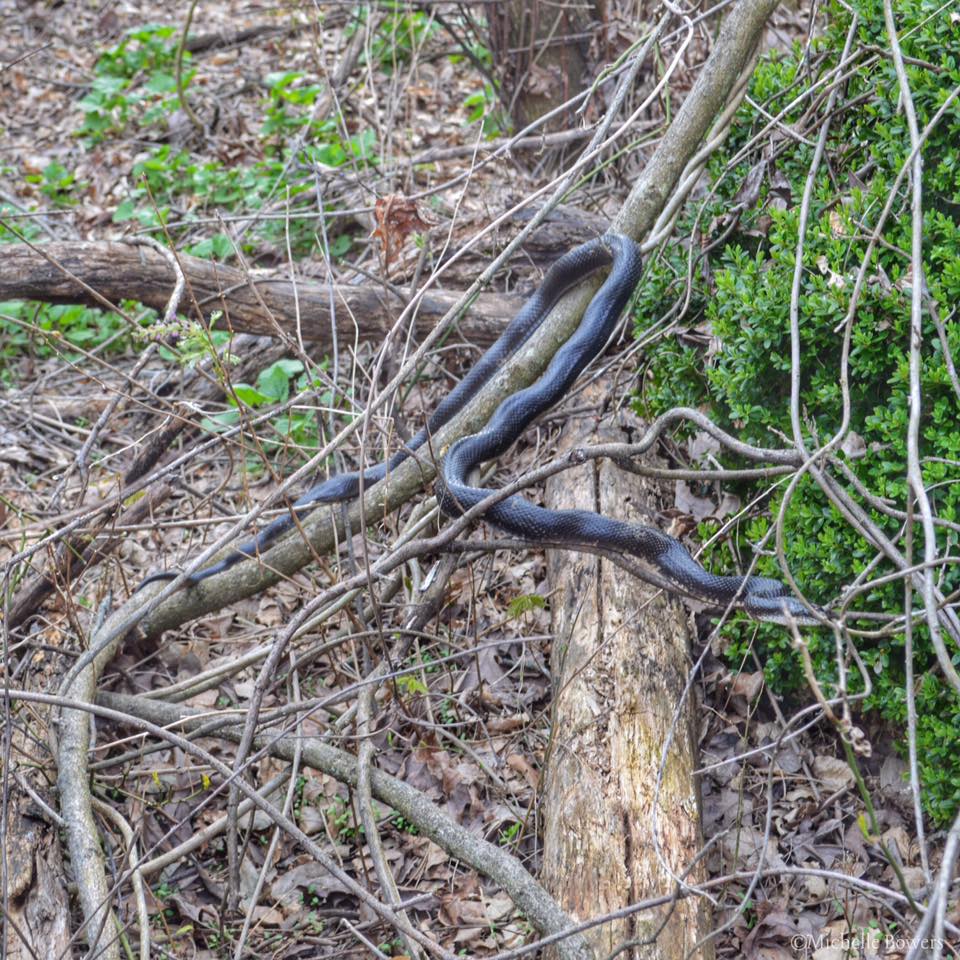 Other than its situation and the appearance of the residence, there is another charm to Oak Hill. This is its old, old-time flower garden. Here Wordsworth would have been at a loss to have worked into metre the names of such a host of flowers. The winding walks, with their neatly trimmed boxwood borders, are a striking feature, but at every turn and on every side there are shrubs of every name, and in passing the blossoms our grandmother’s used to love and care for peep out here and there; evergreen trees towering above all furnish shaded retreats, and a dreaminess and rest steals over one as this contact is made with so much beauty and fragrance in flora’s bower. A cedar house is one attraction; a mammoth magnolia tree, raised from seed brought from Florida seventy or eighty years ago, holds attention to another point, but the grove of wild olive trees outrivals all else in interest, for it has a tradition in the supposition of having been brought from the East by a tourist in the Hairston family. The trunks of the trees and the manner of growth are similar to those of Palestine, but this resemblance is not the only thing to make them worthy of cultivation. Its resplendent lustre of fern-like foliage throughout the year and its lily of the valley – like flowers and beautiful winter berries make it a prized evergreen, as pretty and effective as any for decoration.

This olive grove, magnolia tree and winding walks and oval and square and rectangular flower beds are not all. The view from any of its terraces of the low ground stretching away right to the bank of the Dan, flowing on so slowly as if loath to leave so inviting a spot, makes for this garden an enchantment equal to its own charms. Visitors often state that its situation and arrangement make it so beautiful that it must be like the old castle gardens described or painted by novel writers. Mrs. Hairston would host lavish tea garden parties. Can you imagine her guests, in their large hoop skirts, arriving by train to the Hairston’s own depot! Sipping on tea and eating scones in her cedar tea house. Yes, she had her own tea house. 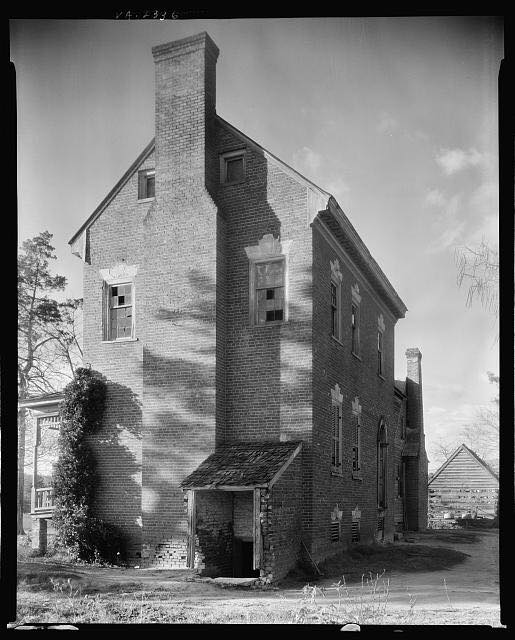 Somewhere on the property is a pile of bricks, but not just a normal pile of bricks. This was the site of the plantation schoolhouse. General J. E. B. Stuart attended school there! A couple of years ago archaeologists and students from Mary Washington University went out to Oak Hill to study the grounds, but mainly a dwelling for the enslaved at Oak Hill. They found a pit which held personal items of the enslaved at the plantation. You can read more about that here. Why is Oak Hill in ruins? In the 1980’s, vandals broke into the home and it was set on fire, either intentionally or accidentally. I remember walking the grounds and kind of getting lost in thought just imagining it back in the day. In person, it seems even more imposing. There is definitely something very haunting about it. For me, it’s also very haunting imagining the lives of the enslaved that lived there.

I am including a gallery of old interior pictures I found online. 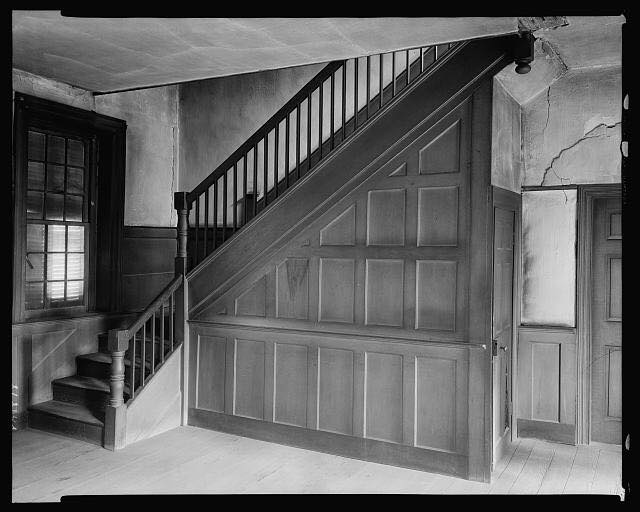 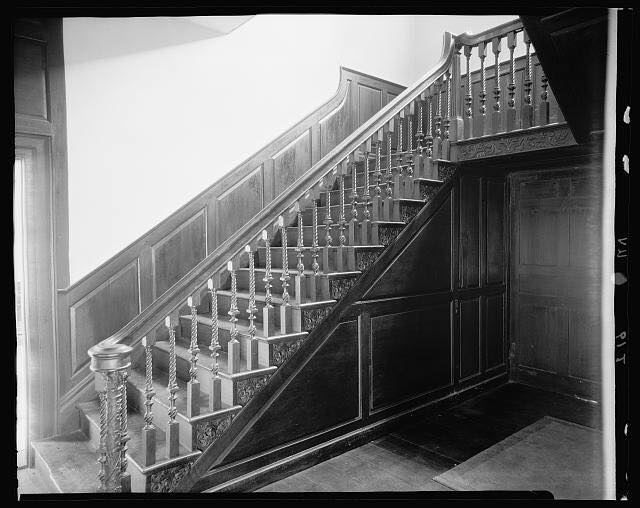 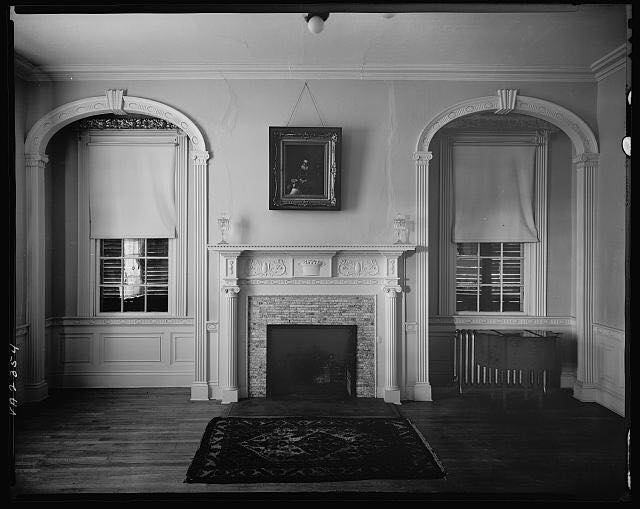