Do I think it is? I can only say that things happened that I have no explanation for, and definitely had me questioning my own sanity!

First let me set the stage. My mom owns a farm in Alton, Virginia. It is located on 100 acres and was built in 1899. Her neighbor has 1,000 acres and several houses and structures on his property. One house was built in two different time periods. The back portion was built before the Revolutionary War. The front portion was added on in the 1830’s. This house was used as a Civil War Field Hospital. The doctor’s office was in the older part and the hospital was in the front. I was told beds were lined up at any place that was free. Alton is about 20 minutes from Danville, Virginia. Think about how important Danville was during the Civil War. There is no telling how busy that field hospital was back then or what types of things happened in it.

I would often go to my mom’s neighbor’s house to talk history. The house he lives in on the property was built in the 1840’s. We got to talking about the Civil War house and I asked if he thought it was haunted? He said, probably. Then he told me I could go ghost hunt in it anytime I wanted. He told me where the key was hidden. So I went that night!!

Before night time descended upon us (sounds spookier saying it that way) we went during the day so I could see the layout of the house. The house had no power going to it, so we would only have flashlights. One daughter went upstairs with her cousin. I stayed downstairs with my daughter, Claire, who was 8 years old at the time. (And no, the girls did not ghost hunt at night.)

I looked at her and the look of terror she had on her face was something I have never seen before on her. She turned and ran out the front door. I yelled for the others and we all left. Claire said, without a doubt, someone pulled up the back of her hair and dropped it. Her hair was in a ponytail. The girls looked scared just hearing her say it……me, I couldn’t wait till dark!!!!

I am a brave person, and I like a good scare, but I am not a big dummy. I filled up my red solo cup with wine as my backup. LOL. Kidding, I did have two 20 something year old men going with me. Ironically, one used to work with the Ghost Adventures crew, but he was behind the scenes.

The house sure did seem more ominous at night!! It’s out in the country so there is no light pollution. We just had the moonlight with a spooky haze around it. (chug from the cup) I knew immediately I wanted to start in the doctor’s office at the back of the house. His desk was still in the room!! The two with me went to a front bedroom that was downstairs. We were at opposite ends of the house.

I sat on the floor in front of the doctor’s desk. I stated how I was interested in history and the house intrigued me. I meant no harm by being there. “Could you give me a sign that you are here? Make a sound, something?”

I then heard from behind me, a man grunt or groan. I had my phone recording. You can hear me say, what was that???? When I listened back you could hear the sound. You then hear me yell for the two guys and you hear them reply from somewhere else in the house, not anywhere close. The Red Solo cup didn’t help me anymore, I left to find them!!

We decided to go upstairs in the little back portion. During the day when the girls went up they noticed that a lightbulb hanging from the ceiling was swaying. We wanted to go and see if it was from them walking? They also said they felt nauseous up there. The ceilings were low, not sure if it was that, but they just felt “off” up there.

Imagine a scene from Scooby Doo where the gang is walking together investigating something. That was the three of us walking up the stairs….slowly. Once we got up there we went into a different mode, we were trying to recreate the lightbulb swaying. Fear was gone at that point, we were focused on that. We tried jumping, walking back and forth, nothing got that lightbulb moving. At the time I was recording everything on video, I have it somewhere on Facebook, but haven’t had much luck finding it on there. The Ghost Adventure’s guy knocked on the ceiling. We heard a knock back. And not exaggerating or kidding, at that point our phones died (all three of them), and the one flashlight we had died. I can’t say I really remember being scared, I’m sure I was, but we were so focused on getting the hell out of there. We were having to feel our way out of the house.

We got to my car. My car was fairly new. Under 5,000 miles. Ironically, it was parked back by the Revolutionary War era part of the house where everything happened to us. First issue, my lights wouldn’t cut on. Then my reverse camera wasn’t working. We pulled out of the driveway and my fricking “check engine” light cut on!!!! WHAT IN THE WORLD??!!!

We got back to the farm and ran in talking a mile a minute telling my mom what happened. And guess what? Our phones turned back on. We all had over 50% power. I went back out to my car and started it, nothing wrong with it. Never had that issue again! I even took it to Mercedes to make sure there wasn’t some issue under warranty or something. They showed no issue.

Is it haunted? I don’t know, but that sure was a strange chain of events that all happened in under 20 minutes.

I can also report that my mom’s neighbor wanted to see the house restored instead of letting it sit. He sold the house and three acres. My mom almost bought it for me so I would always have something to do at the farm. lol. A couple bought it and restored it beautifully!!! I’ve included some pictures, read the captions. Head back to Facebook and give your thoughts! Or let me know if you see anything in the pictures!! Claire and a friend of mine on the porch. The Revolutionary War era part of the house. This was the doctor’s office. Looking into the hospital portion. Before we went inside I snapped this picture of the doctor’s office. Spooky! In the middle of restoration. 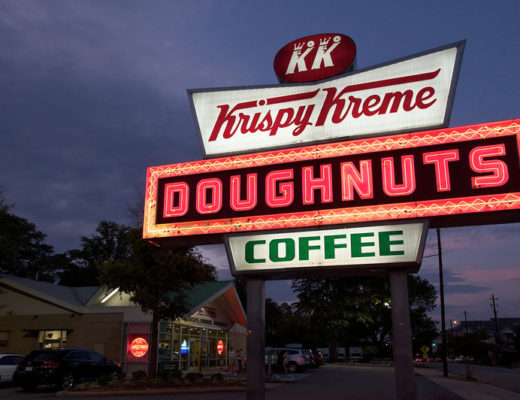 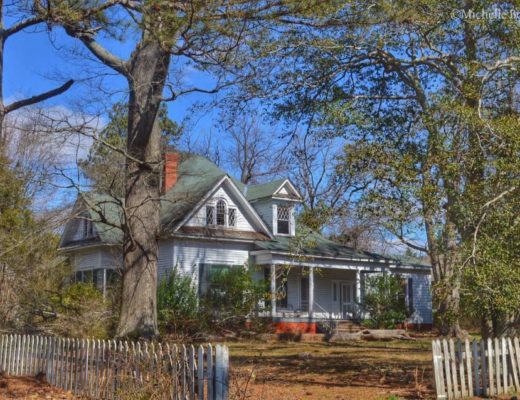 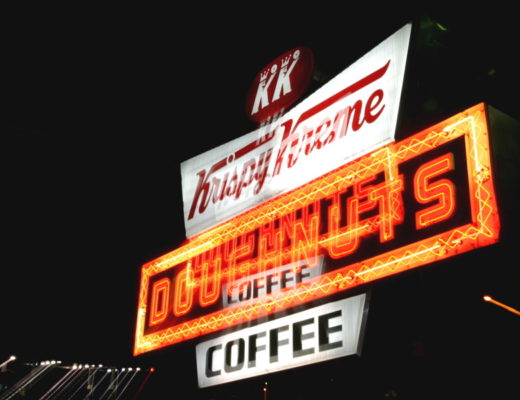