When you think of North Carolina and all of the wonderful things this state has offered the world (Pepsi, NASCAR, Putt-Putt, Texas Pete, Cheerwine, etc.), Krispy Kreme Doughnuts always rises to the top of the list. Perhaps it’s the “HOT NOW” sign that entices you to stop, even if you don’t want a doughnut. That warm and gooey sweet sugary confection made from heaven can only be resisted by the strongest of wills.

That large 335 square feet neon sign has been a staple in downtown Raleigh at the intersection of Peace and Person street for nearly fifty years. It may have even led to some deviations from my intended destinations on more than one occasion late on a Saturday evening with its iconic red neon light beckoning passersby. The iconic mid-century building has survived renovation with seats and tables generally intact throughout the years, and its appearance has changed minimally since its initial construction. In fact, this is the only remaining Krispy Kreme in Raleigh, located just over 100 miles from where it all began in Winston-Salem, NC.

Each year, this location is also home to the Krispy Kreme Challenge, where runners race the 2.5 miles between the iconic belltower on NC State’s campus to the Krispy Kreme location, down a dozen original glazed doughnuts, and repeat the trek back to the belltower. That’s right. 2400 calories, 12 doughnuts, 5 miles, 1 hour. Or that’s the goal at least. The money raised has contributed to numerous charities since its inception in 2004.

According to Raleigh’s News&Observer, this week, Krispy Kreme sold two parcels of land on North Person Street to a New York-based real estate investment company for nearly $4.7 million. The buyer, Broadstone KKD Portfolio LLC, has bought a number of Krispy Kreme properties recently, including properties in Nasheville, TN and Chattanooga, TN earlier this month. The future of this iconic historic building is now uncertain…

The lot itself was first purchased in 1969 according to tax records, and it wasn’t long before the current building was put up, however, Krispy Kreme wasn’t new to Person Street.  They were operating out of what is now Crawford and Sons restaurant, just down the street.

The point is, this is a Raleigh landmark. A neighborhood staple. But for $4.7 million there is no way the developer plans to keep it as is, right? And if they don’t, what happens? It is located just outside the borders of the North Blount Street Historic District and the Oakwood Historic District, likely not included because of its age (just shy of 50 years old). It’s not a historic landmark, but it very well could be.

There surely will be some local voices weighing in as this property borders Oakwood, and its residents most recently made national headlines with their fight against a modernist house being built on an empty lot.

Buckle your seatbelts, folks. This could get interesting. The views! The solitude! Huntingfield Farm, Circa 1875. 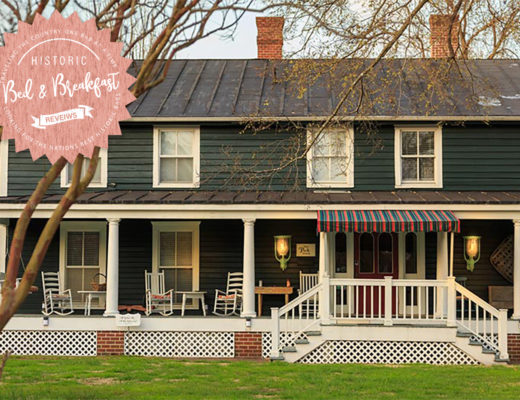 Inner Banks Inn: It's like Mayberry with water! (Edenton, NC)