Free house in Florida!! (You need to move it)

It’s a cute little bungalow in DeLand, Florida. See that playground to the left of it? That’s a school playground. That school, Saint Barnabas Episcopal School, wants to expand. A request was submitted for the house to be demolished. The DeLand Historic Preservation Board stepped in and asked the school to hold off and try to find someone that would move it. How much would that cost? Jeremy Bradham wrote a great article for us about moving houses. You can read that here.

Seems this house in question could have some structural issues. From an article about the house:

Carter is conducting an assessment of other church and school buildings on the property, as St. Barnabas prepares to complete a master plan of its complex for future expansion.
He said the two-story, balloon-frame wood home is structurally compromised and termite-infested, despite regular pest-control service.
Also, he said, there’s likely lead paint in the interior, asbestos in the plaster, and mold in cavities behind the walls from long-leaking windows.
“I think it’s going to make it more complicated to move the building,” he said.
According to the Environmental Protection Agency, the only way to remove the mold is to remove the asbestos plaster, he added.
“Asbestos is dangerous when it becomes friable,” Carter said.
“Friable” refers to the possibility of releasing asbestos particles into the air when a substance, like the plaster, is broken apart.

Clearly moving the house isn’t the only issue it faces. Sure could make a lovely little Florida home though! 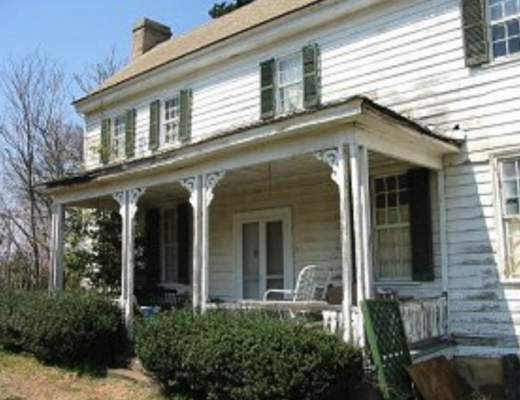