Cleaning out the attic at the Allen House was a challenge! It was dark up there due to all of the stuff collected. There are only four small windows up there and the stuff was covering the windows. We had lanterns, but they weren’t much help! Due to the holes in the roof most of the items up there were sopping wet, smelly, and heavy. Those of us that were working inside have coughs this morning. We had a good system going. Two would work up in the attic at a time. Hand things down the stairs. That person would toss them out the window, then the outside crew would put them in the dumpster. We got incredibly lucky finding the Woman’s Weekly supplement! It was just laying off by itself. It wasn’t wet, and surprisingly it’s in good condition! This was published in 1922. I took pictures of a few pages. 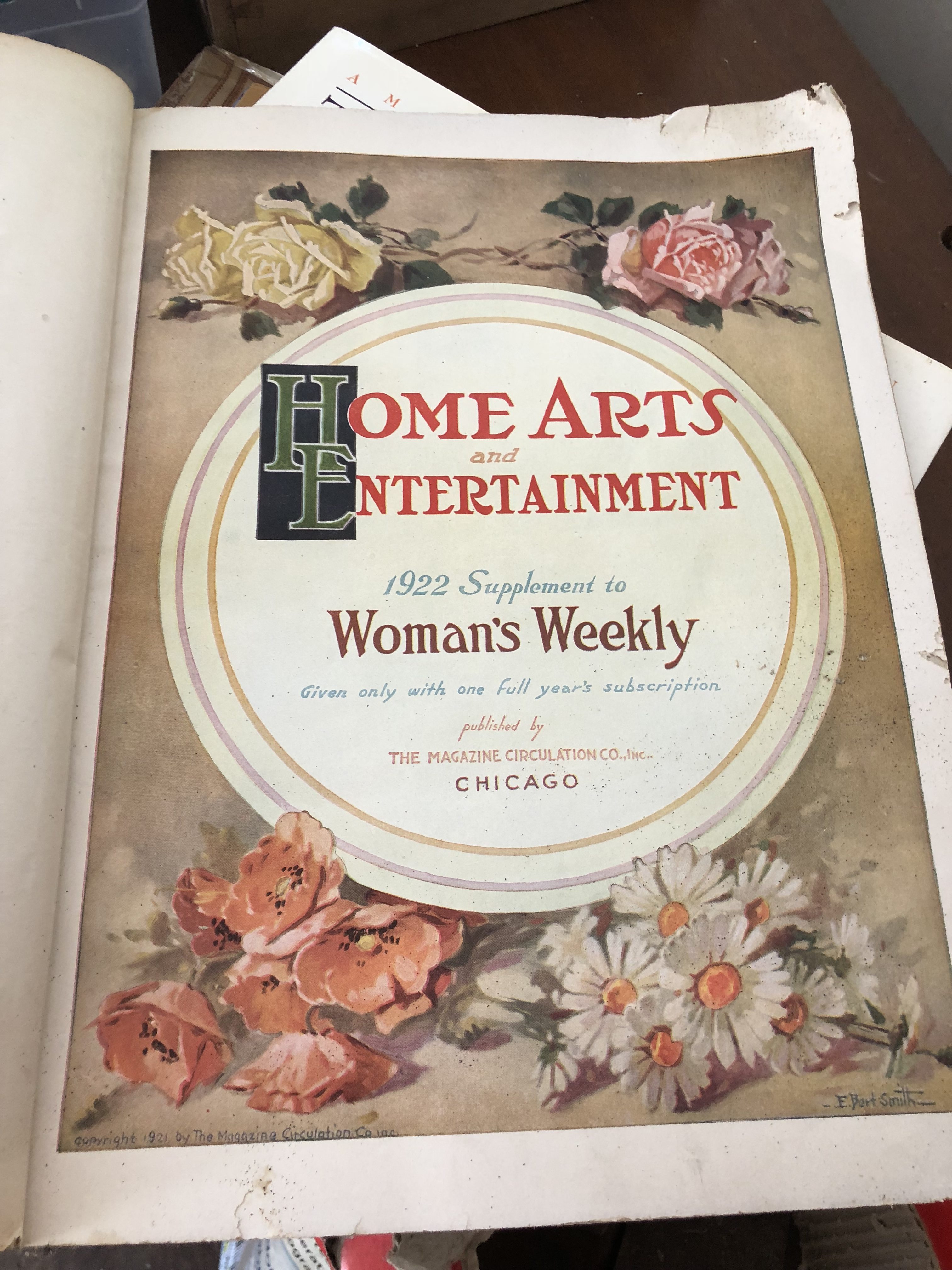 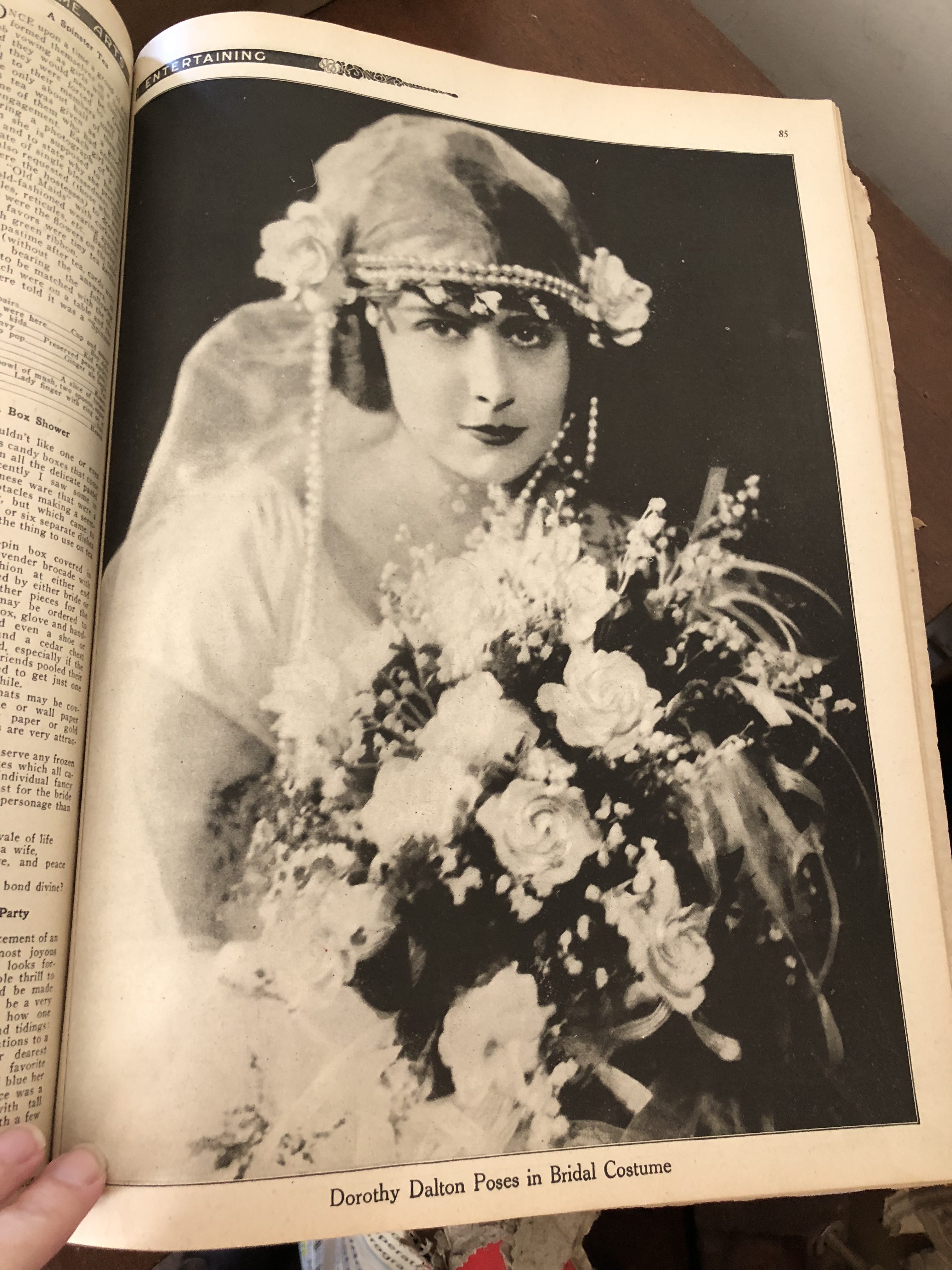 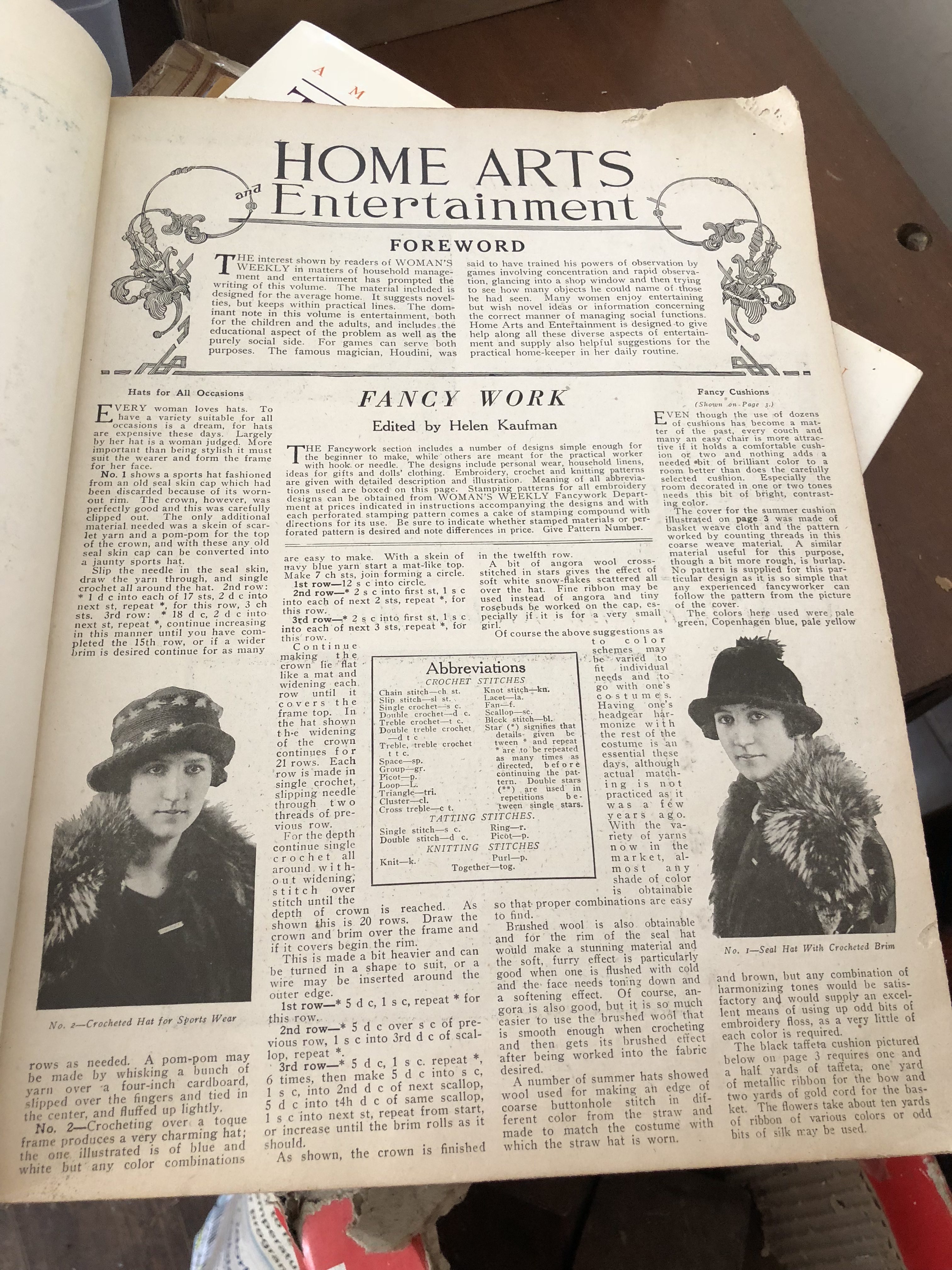