I have been inside this house and architecturally it is pretty amazing! So many original details. This could be a real stunner! The Dr. Plunkett house was built in 1818. It is located on one acre in Warrenton, North Carolina. It’s within walking distance of shops and restaurants. It was built by John LaTaste and was used by the Plunketts as a boarding school for a little bit of time. This is a pretty special property! The original beaded clapboards are under the current aluminum siding. There was a warehouse fire across the street at one time. The house survived, but clearly the owners were nervous and placed aluminum on it at the time. Thank goodness they left the original underneath. The home is 2,716 square feet. $97,000

Built c.1818 by John LaTaste and used for a time by the Plunketts as a boarding school, this gracious house showcases an interesting array of woodwork that is both refined and whimsical. A large predominantly Federal-style entrance hall and parlor, Greek Revival-style wings, and Victorian additions provide ample space for modern living. Eligible for tax credits, the Dr. Plunkett House is located in the Warrenton Historic District two doors down from the Jacob Holt House and Visitors Center, a block from Town Hall and County Courthouse, and within short walking distance of the quaint yet bustling downtown with shops, services, eateries, and a small-town hardware store.

Records indicate that John LaTaste, possibly an educator from Virginia, purchased the property in 1817 and likely built the house in 1818. He sold the house to Dr. Achille Plunkett, a physician from San Domingo, and his wife Caroline Mordecai, daughter of Jacob Mordecai who founded the Warrenton Female Academy just around the corner. The house was eventually purchased by Thomas A. Montgomery, a successful merchant, and his wife Darian Cheek, who were likely responsible for some of the later additions.

Archival photos show the house as having sustained few changes and remaining well maintained, even after a fire at a warehouse across the street in the 1960s. This event resulted in the installation of aluminum siding over the original beaded clapboards (still visible at the basement entrance). The two-story, front-gabled main block with side-gabled wings rests on a slightly raised stone foundation. A partially finished basement is accessed from an exterior entrance on the north (left side) wing. Three impressive cut-stone chimneys heat the interior. The ¾-width front porch is supported by simple Tuscan columns, which appear to have replaced more stylized posts now stored in the basement.

The main parlor is the largest room in the house and contains similar Federal-style woodwork as the entrance hall: tall ceilings, large six-panel doors, mitered three-part molded door and window surrounds, and flat-panel wainscot with molded chair rail. Behind each side wing on the first floor are various additions from the Greek Revival and Victorian periods that add practical functions such as a dining room, bedroom, kitchen, bathrooms, and closets. An early outbuilding, perhaps an office, was attached to the rear north wing. Another early outbuilding with a high pitched roof, single door and small windows remains in the yard complemented by remnants of a cast iron fence.

The house will require rehabilitation to address deferred maintenance and would benefit from updated systems, bathrooms , and a new kitchen. Though the roof was replaced with a metal roof in recent years, damage from past leaks require repair. Artificial siding will need to be removed and necessary repairs made to the original molded clapboard siding. 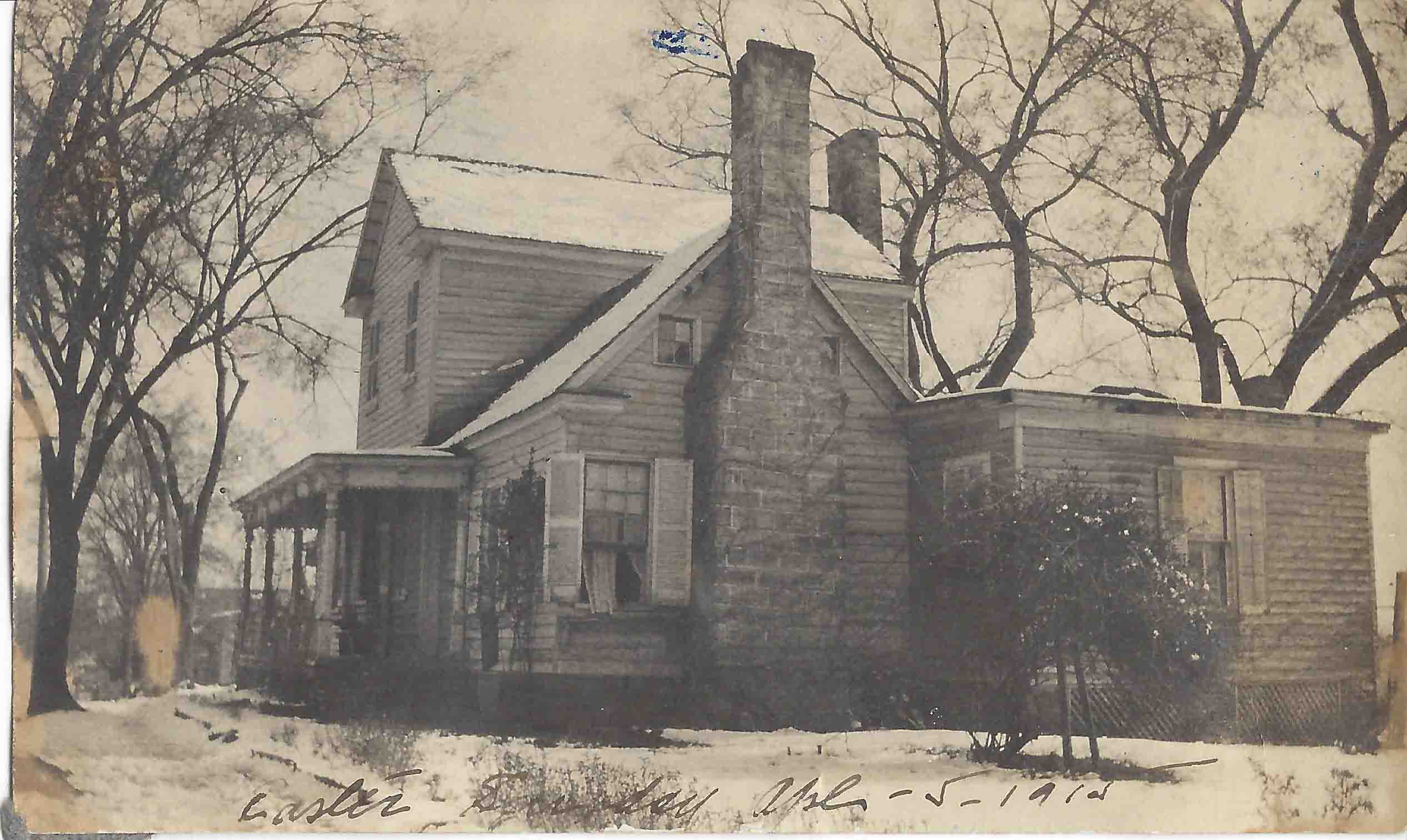